12 Tips for Surviving Rainy Season in the Tropics

May 5, 2016
in-focus-panamaComments Off on 12 Tips for Surviving Rainy Season in the Tropics

How To Survive Rainy Season In The Tropics

Another glorious summer is winding down here in Panama, which means only one thing—the return of rainy season.

Many people new to the tropics think we live in a world of perpetual spring with no seasonal variation, which couldn’t be farther from the truth. We do have seasons, just not the kind to which people in more temperate climates are accustomed. The temperatures may not vary much between seasons, but the climate most certainly does.

For the past three or four months, we have been in Panama’s dry season. What we typically call summer down here. This means exactly what it sounds like—very little, if any, rain, blessedly low humidity, and lots of sun. It’s sometimes windier, too, especially on the coasts. Golfers and others who like to do things outdoors will never have to cancel their plans because of weather during Panama’s dry season. 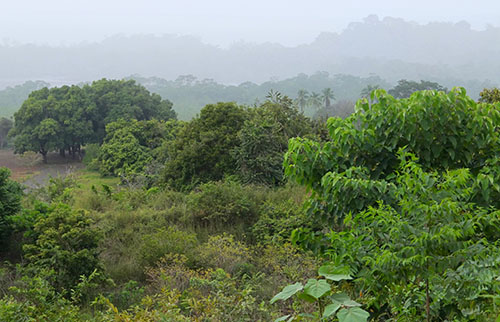 Beginning this month and lasting until November or so, the rainy season sets in. Average daily temperatures won’t change all that much, but the winds die down a little, and a blanket of humidity—that makes a simple stroll around the block seem like a sweat-soaked tour of duty on a Stairmaster—settles over the country. And there’s rain. It rarely rains all day, but pretty much every afternoon for anywhere from a few minutes to a couple hours. And that rain often comes down hard and fast, with little warning.

It sounds inconvenient, but once you learn the patterns and get used to them, then life becomes much less a crapshoot as far as weather is concerned. Knowing that the skies are going to open up at some point in the afternoon means that I do my outside chores in the morning and try to stay within sprinting distance of shelter in the hours between lunch and dinner.

We’re coming up on my third rainy season in Panama, and during that short time I’ve picked up a few other tips for surviving the rainy season down here. Most are common sense—or should be—but some might surprise you.