Importing Or Buying A Vehicle In Panama

January 14, 2016
in-focus-panamaComments Off on Importing Or Buying A Vehicle In Panama

Ship The Car To Panama? Maybe Not.

I’m turning this week’s edition of In Focus: Panama over to our good friend, Liz Larroquette. Liz, a transplant to Panama from Australia, is the reigning Queen of Coronado and knows everything there is to know—not to mention everyone there is to know—about the Pacific beach community that has become a favorite for expatriates and snowbirds.

Liz will be joining us for part of our inaugural Access Panama City Beaches tour later this month and will share her wealth of knowledge and wisdom with folks along for the tour. If you are free Jan. 29 to Feb. 1 and haven’t signed up yet, there are still a few spots left, but they are going fast so don’t delay. 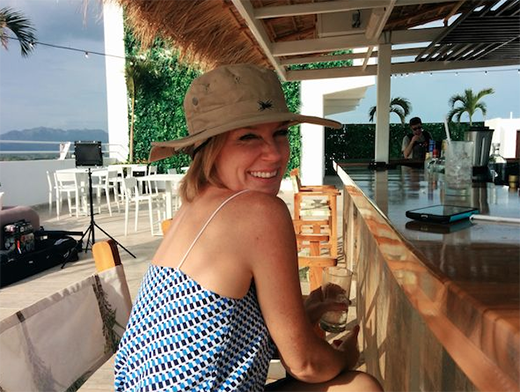 Liz Larroquette enjoying a cocktail and a view

In this essay she addresses the always formidable question of whether to buy local or to import when it comes to choosing a car for your Panamanian adventure.

I knew they had imported furniture from the States in a 40-foot cargo container, but I wasn’t sure about the vehicle. When I saw them drive up in a bright-yellow Nissan truck, I momentarily assumed they must’ve purchased it in Panama. Then it hit me, no one here would buy a yellow truck except someone with a license to drive a taxi.

“We call her Tonka” said the woman with a smile. “We think she’ll be perfect… four-wheel drive and you sit up high.” I almost couldn’t speak but what could I say to someone who was so happy? A bubble above my head started forming and screamed “maybe you should have spoken to me first!”

Most people who move to Panama assume the vehicle they have at home will do well in Panama and I always tell them, maybe not.

Driving in Panama is different and what type of vehicle is best here is based on a different set of data points.

For the clients who do ask, I begin by cautioning them to consider shipping costs. The good news is that if you have done the work to acquire pensionado status, you have the right to bring in a vehicle, tax free, every two years. But, just because you are not taxed doesn’t make shipping the vehicle a good idea. If your used car is worth US$20,000 and it costs you US$2,000 to ship, you may want to consider buying locally as opposed to paying 10% of the car’s value just to get it here. If you haven’t gotten pensionado status, then you’ll have import taxes and duties at the dock and that will add up to a whole lot more.

Selling the existing vehicle at home and buying something once you are in Panama is generally the best option, but not always. There are a lot of things to weigh.

American and Canadian automobiles, sports utility vehicles, and trucks tend to be bigger and it’s often times hard to accommodate them in Panama. Parking spaces are smaller and closer together. I have seen American trucks that couldn’t back out of a parking space because the width between the rows was simply too tight.

In Panama, we don’t have the luxury of wide center lanes and forgiving road shoulders. Smaller vehicles tend to perform better unless you are going to be driving off-road. If you are living on a dirt road or you do a lot of off-roading you might want to consider one of the many vehicles available in Panama with four-wheel drive.

The United States dominates the automobile market and consequently many of the vehicles and parts are designed for consumption in the States. If you bring a vehicle designed to be driven in the United States or Canada, you very well may not be able to secure parts when repair is needed—and repair will be needed.

People generally find parts on eBay or they get them from the manufacturer, but by the time all that has happened and you have incurred the cost and time of bringing in the parts, you’ll be asking yourself why you imported the vehicle.

The majority of vehicles in Panama are Toyotas, Hyundais, and Kias and that is what mechanics are commonly trained to repair. Drive anything else and you may not just be hunting for parts but also for someone to do something with the parts.

Cars sold in the United States have been required to have catalytic converters since 1975 but that is not the case in Panama. I know we should be more concerned about toxic emissions, but as a country, we don’t have any environmental requirements so there aren’t very many catalytic converters or people who can repair them.

It doesn’t matter what you drive, you are going to get dinged. Rocks in the roads, trucks carrying loose loads, and infrastructure that would not be up to code in the United States or Canada will result in nicks. If you love your car, baby it, and keep it pristine, Panama might not be the place.

When we are dinged, or bumped, we don’t consider it the way you might somewhere else. I paid my car insurance the other day and it rang in at $126—for the year. We don’t make as many claims as you might in another country, but we also don’t pay thousands of dollars annually in insurance. I urge people to consider a nice, but less-than-perfect ride and then chill. 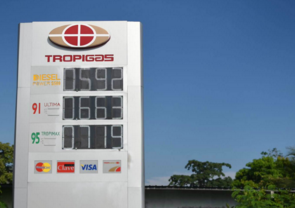 We pay about 63 cents for a liter of gasoline, which comes out at under US$2.40 a gallon or about 40 cents more a gallon than what you pay today in the United States, and while 40 cents a gallon adds up, it’s not just the cost of the gasoline, but also how much gasoline your vehicle consumes. Many of the vehicles available for sale here in Panama consume less than the notorious gas guzzlers designed for the American highways.

You can probably get a much better price for your vehicle in the United States. In Panama, the value of a clean, perfect car is not what it is in Canada or the States. Remember our cars are dinged and we don’t have the stomach to search for parts or a mechanic and pumping a lot of gasoline is not attractive. 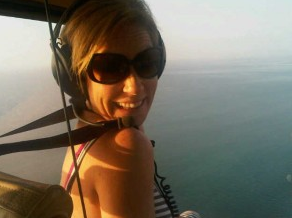 The other day I noticed the owners of the yellow Nissan truck were driving a Toyota Hilux and I asked them about the new ride. “We sold Tonka,” they said, “and for a pretty good price. We just got tired of people waving us down on the street because they thought we were a taxi. We drove to Bocas del Toro and ripped out the shocks. It took four trips to Panama City before we got everything taken care of, so when a guy who owned a couple of taxis offered a reasonable price, we took him up on it.”

The color yellow may have saved my friends, but I still wish they had asked me before shipping in a vehicle. I pretty much always suggest just buying one here!

You can read more from Liz on her blog at www.lizlarroquette.com.