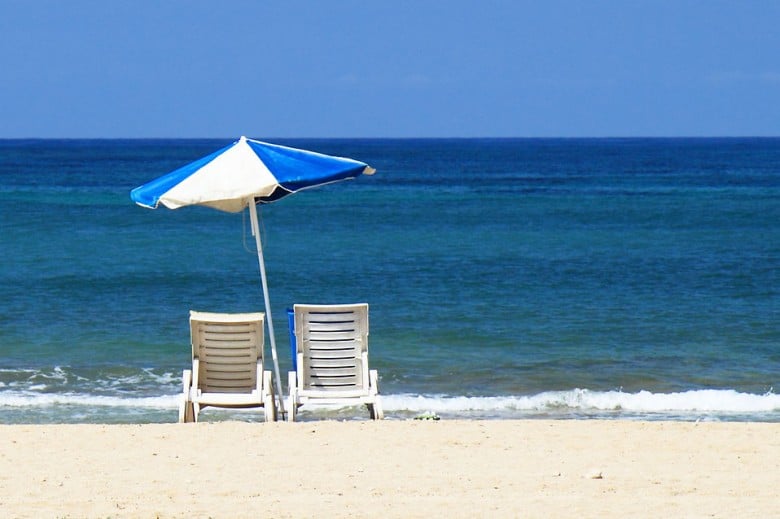 Why We Chose Panama For Retiring On Our Small Fixed Income

October 15, 2015
in-focus-panamaComments Off on Why We Chose Panama For Retiring On Our Small Fixed Income

That was my reaction when, at a party in Austin two years ago, a gentleman told me of a waterfront community in Uruguay developed explicitly for expats.

I had never heard the word before. Ever the curious one, I jumped on the Web the next day and into a world of possibility that had never occurred to me when my 30-year tenure teaching in Texas’ public schools was winding down. There were actually people out there—average Americans like me, I came to learn—who had pulled up stakes late in life and reinvented their lives in exotic locales around the world… Belize… Thailand… Portugal… Colombia… And they sounded ecstatic about it.

It was a possibility my partner, April, and I had not considered as we contemplated the next chapter of our lives on a schoolteacher’s pension. With ever-escalating taxes, ridiculous rent, astronomical cost of health insurance, and all the other financial baggage of life in modern America, we were looking at a pretty meager existence Stateside unless we wanted to keep working. Which we didn’t. But these expats, with monthly budgets not that different from ours, looked to be living in beautiful waterfront homes serviced by full-time maids and enjoying meals out four or five times a week. April and I were going to be doing good to make it to Chipotle once a week on our budget.

The author, Peg, and her partner, April

So I dove back into Google. The name Kathleen Peddicord seemed to be popping up near the top of all my searches. She seemed to have all the answers. If we wanted to live frugally, Ecuador—with its cobblestoned colonial streets and crisp mountain air—was the place to be. If we wanted urban amenities and perpetual spring-like weather at a fraction of the cost of Phoenix or St. Petersburg, Medellín was the place. For European culture and charm without the seven-hour time difference, Uruguay seemed to be the consensus.

Kathleen’s book,”How to Retire Overseas,” helped us narrow down what seemed like endless possibilities. As two women living alone, safety was of paramount concern. We also wanted to be close enough to the States to visit friends and family frequently. Uruguay was too far away. Costa Rica was too expensive. So, after what seemed like weeks of research and an investment in Live and Invest Overseas’ invaluable Panama Starter Kit and her 52 Days to Your New Life Overseas Course, we settled on the Hub of the Americas.

When most people hear Panama, they think of canals, hats, and pineapple-faced dictators from the 1980s. Yes, there is a canal (and it’s one of the main reasons Panama has been shielded from the headwinds of international finance), but Panama hats are actually from Ecuador and Manuel Noriega has been in prison for over 25 years. Modern Panama is politically stable, a hub of international business and banking, and one of the fastest-growing economies on the planet. Its infrastructure—everything from roads to subways to Internet speeds—is unparalleled in the region. Riding into Panama City from Tocumen International Airport, Latin America’s busiest hub, incidentally, the skyline looks more like Singapore or Hong Kong than some Third World outpost.

Even with all my research, I was not prepared for the Panama I encountered when we first arrived. Once you get out of hectic Panama City, there are beautiful tropical islands fringed with white sand and coconut palms and mountain retreats where howler monkeys wake you up in the morning and migrating songbirds put you to sleep at night. The doctors we have encountered in Panama City so far are top-notch, and everyone is about as friendly as they can be. The oceanfront locale we have chosen to build our dream house, Los Islotes on the Azuero Peninsula, looks like something from a postcard.

Sunset off the coast of Panama

Our move to Panama was not without its hiccups. April packed high heels and winter clothes for the tropics; I packed kitchen knives and not enough clothes. Our cat was almost lost in a parking lot in Houston and we had to change flights at the last minute because our dog’s traveling crate was too big to fit through the plane’s cargo doors.

But we have learned from everything. So when Kathleen came to me and asked if I wanted to help her launch a new In Focus: Panama newsletter and share our experiences, I jumped at the chance. Live and Invest Overseas’ line of Panama products is exhaustive in its coverage of the practicalities of moving to Panama—how to take advantage of one of the best visa programs in the world for foreign emigrants, how to open a bank account, what to expect in the way of expenses for rent, utilities, and groceries—but it’s darn-near impossible to anticipate everything that happens in the course of such a momentous move and often, I believe, hearing someone else’s first-hand experiences can be a useful tool in the decision-making process.

So here it is. Every week, I will be sharing another tidbit about what to expect if you are considering Panama as a retirement destination, for a second home or vacation property, or simply as a place to invest and grow your hard-earned money. Some of the stories will be funny. Some will be sad. Some will make your blood boil. But they will always be interesting, and they will always be an honest assessment of what it’s like to live here. I make no effort to hide the fact that I love it here. But I am not going to sugar-coat anything. Kathleen made me promise to stick true to her mantra—I will cover the retire-in-Panama beat, as she says,”warts and all.”

Cocktail time in the tropics

Most importantly, I want to hear from you. Got a question? Drop me an email (or post it on our Facebook page) and I will try to answer it for you. Have you already been down here? Share your pictures with me via email, on Facebook, or with the #IFPanama hashtag on Instagram, and I will share them with the rest of our fellow readers.

This is going to be fun. I promise.

Doing The Math About A Move To Panama: A No-Brainer »